This fall, Marvel will attempt what few thought possible: After delaying its Inhumans film indefinitely (it was originally slated for summer 2019), the superstudio will bring Marvel’s Inhuman…

In case you missed it, yesterday there was kind of a huge event in the world of movies and geek culture.

The trailer alone would’ve been enough to cause fans to go nuts with anticipation, but what made this promo historic was the appearance of a new character.

Yes, I spoiled the surprise by mentioning Spider-Man in the title, but Spidey does steal the show in the trailer. If you’re not aware, Andrew Garfield, the previous actor to play Spider-Man, was replaced with a younger, relatively unknown actor named Tom Holland.

The trailer below is the very first time we see the “new” Spider-Man, and also the first line of dialogue Holland says as the beloved Marvel character.

Marvel’s “Captain America: Civil War” finds Steve Rogers leading the newly formed team of Avengers in their continued efforts to safeguard humanity. But after another incident involving the Avengers results in collateral damage, political pressure mounts to install a system of accountability, headed by a governing body to oversee and direct the team. The new status quo fractures the Avengers, resulting in two camps—one led by Steve Rogers and his desire for the Avengers to remain free to defend humanity without government interference, and the other following Tony Stark’s surprising decision to support government oversight and accountability.

Anthony & Joe Russo are directing with Kevin Feige producing. Louis D’Esposito, Alan Fine, Victoria Alonso, Patricia Whitcher, Nate Moore and Stan Lee are the executive producers. The screenplay is by Christopher Markus & Stephen McFeely. Get ready to pick a side and join the nonstop action playing out on two fronts when Marvel’s “Captain America: Civil War” opens in U.S. theaters on May 6, 2016. – Marvel

For the record, I’m a huge geek and I can’t wait for Batman v Superman to drop on March 25.

So, are you excited yet?

Here’s a fun, new article over on Screen Rant that lists movies that should’ve gotten a sequel, but didn’t.

Movie blogger, Rob Keyes, posted this article earlier today (1-31-16), and I wanted to share it here for all my movie-lover friends.

Check out Rob’s list of movies that deserve a sequel below.

“In an age where all popular entertainment properties seem targeted as potential franchises via spinoffs, sequels, prequels, reboots, etc., not all films get a followup, even if they deserve one.” – Rob Keyes

Source: 30 Movies That Deserve A Sequel 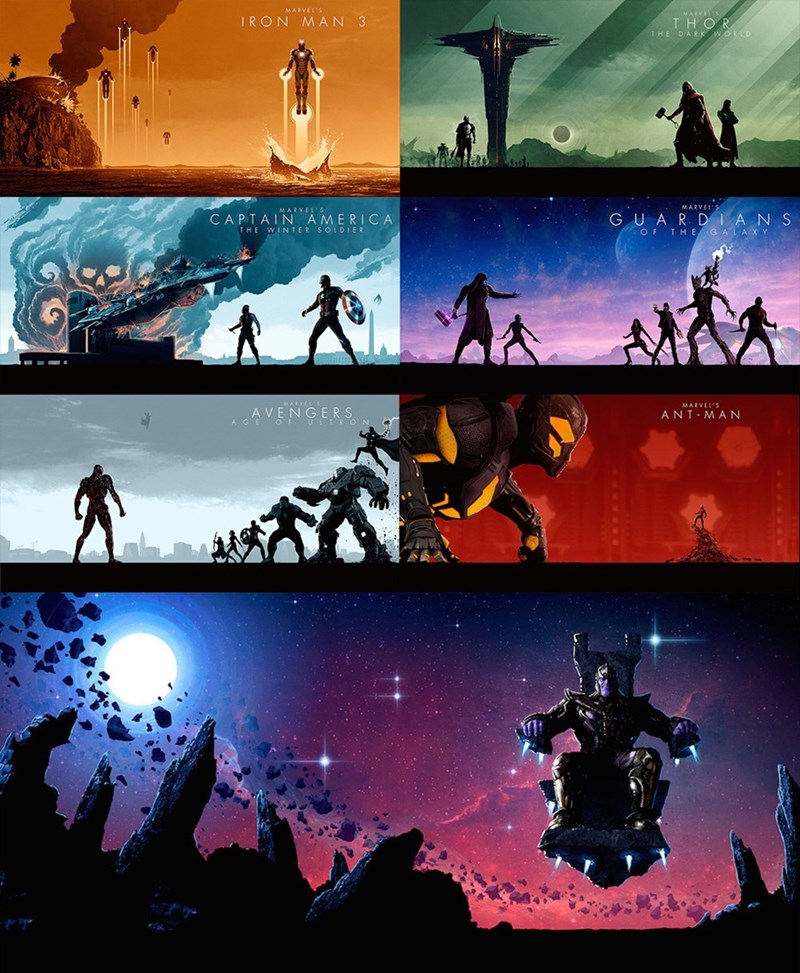 Show of hands – Who’s a total geek for Marvel movies?

Yeah, I thought so.

I’m a long-time Marvel fan, so every now and then I like to share some Marvel goodies, such as the artwork above. These images were part of a Marvel movie Blu-ray set.

Are you a fan of genre TV shows like The Walking Dead and Marvel’s Daredevil? If so, you might enjoy this end-of-the-year poll.

The staff of Blastr.com picks their 10 favorite shows from the past year.

Celebrate the King’s Birthday With 98 of CBR’s Favorite Jack Kirby Images – Today marks 98 years since the birth of the King of Comics, so check out some examples of Kirby’s greatest art.

“After the cataclysmic events in New York with The Avengers, Marvel’s “Captain America: The Winter Soldier” finds Steve Rogers, aka Captain America, living quietly in Washington, D.C. and trying to adjust to the modern world. But when a S.H.I.E.L.D. colleague comes under attack, Steve becomes embroiled in a web of intrigue that threatens to put the world at risk. Joining forces with the Black Widow, Captain America struggles to expose the ever-widening conspiracy while fighting off professional assassins sent to silence him at every turn. When the full scope of the villainous plot is revealed, Captain America and the Black Widow enlist the help of a new ally, the Falcon. However, they soon find themselves up against an unexpected and formidable enemy—the Winter Soldier.” – Disney/Marvel

Watch the full trailer at capesonfilm.com

According to artist, Adam Thompson, ‘Heroic Words of Wisdom’ is a poster series of inspirational quotes from DC Comics heroes. You can see the rest of the series on Adam’s Behance page.